Skip to Content
Book your FREE online Discovery session TODAY!Find out more
Home / Self Development / The Value of Time

Understanding The Value of Time

The value of time is beautifully illustrated in the short story of a man wanting to buy a book for the cheapest price he could get.

While browsing the books in Benjamin Franklin’s store, the man saw a book he fancied, he asked the salesman for the price, “it’s one dollar,” replied the salesman “One dollar!” shouted the man. “Surely you can take less than that?” “I’m sorry sir, but one dollar is the firm price of the book”.

When Franklin arrived and asked the man how he might assist him, the man asked, “What is the lowest amount that you would take for this book?”

“I would have been able to give it to you for a dollar”, replied Franklin, “but since I had to leave my work, I have to charge you an extra quarter”. “You can’t be serious”, said the man. “Come now; tell me the lowest price you will take.”

Franklin looked the man squarely in the eyes and said sternly, “One dollar and a half.” After a short pause, the man reluctantly paid him and left with his book in hand.

Without a doubt, Benjamin Franklin knew the value of time, especially his own time. He was a tireless worker and even as a young man he deliberately made the most of each passing moment. As a boy, he became impatient with his father’s long drawn out prayers at the dinner table. Franklin asked his father if he could say grace for him in order to save additional time for his studies.

“Dost thou love life? Then do not squander time, for that is the stuff life is made of.” – Benjamin Franklin

What separates the exceptional from the mediocre?

It’s the high value they place on time. While others are squandering time gossiping over a drink, taking naps and lazing around doing nothing. Exceptional people are engrossed in their studies, their work or projects; working that little bit extra that over time makes all the difference in the quality of their lives, it’s the value of time and especially free time that really makes all the difference.

Many people live the present in light of their past. It makes absolutely no sense to squander time today or tomorrow pondering the things that are in the past.

Seize the every moment, don’t daydream about the future, and don’t be concerned about the past it’s gone forever. Use every moment available to you, you won’t have that moment again. The worst thing about lost time is the lost opportunity. Idleness and inactivity will destroy the body and bring about poverty- work will do the exact opposite.

People who have no plans after dinner, no activities on the weekend and any clear purpose or direction are heading for a nasty fall.

The average person doesn’t normally make plans after dinner. The majority of those who climb upward year after year are those who dedicate themselves to seizing every moment to study, to learn, to plan in order to continually grow. We should not be mean or stingy with our time, throwing time away is just as well as throwing money and opportunity away. Understanding the value of time is a major key to achieving all that we want in life.

Use your time wisely

Be careful how you choose to “kill time”; your destiny will be determined by this important decision. Time management skills are essential in achieving a successful and happy life. When you plan, you are mapping out a path that will eventually lead you to your desires and goals as well as a more successful and fulfilling life.

Mozart would not allow a moment to slip by without trying to learn or improve upon something. He used every moment as evidenced by the fact that he wrote his famous “Requiem” on his death-bed.

“Time is the most indefinable yet paradoxical of things; the past is gone, the future is not come, and the present becomes the past even while we attempt to define it, and, like the flash of lightning, at once exists and expires” – Charles Caleb Colton 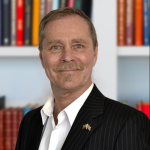 Mark Csabai is an NLP Life Coach in Bloemfontein, South Africa. He works with clients in and around the Free State to help them achieve more, manage stress, build self-worth, increase confidence, overcome fears and help maintain a better life-balance.

How To Overcome Worry

Brain Entrainment, Law of Attraction, Self Development, The Human Mind

Affirmations to Live By

Self Development, The Human Mind

How to Increase Your Enthusiasm

What is Creative Visualization?

7 Steps to Achieve Your Dreams

How to Create Rapport

3 Keys to Understanding Yourself

How to Use an Anchor for Relaxation?

This site uses cookies to ensure we give you the best user experience on our website. If you continue to use this site we will assume that you are happy with it.I Accept

What is Frequency Following Response?

Frequency Following Response and Your Brain Frequency following response (FFR) is the tendency for our mind and body to be...